A Peek into the Plastic Industry 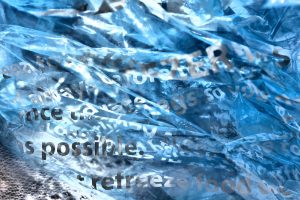 Made to Last Forever – Designed to Throw Away

Plastic is a cheap, durable, light-weight and easily customised material, which is largely why its usage increased exponentially and is still rising. Plastics are expansively utilised in our daily life – almost anywhere you look, you’ll see something that’s made of plastic. The largest industries utilising industrial plastics in Europe are the automotive industry (8.6%), building and construction (20.1 %), and packaging (39.5%). On top of that, plastic is utilised in the agriculture sector (3.4%), and electronic and electrical industry (5.7%). Other applications form a big part of plastic usage (22.7%) and include sectors like household and consumer appliances, sport, furniture, health and safety.

Still, the same qualities that make plastic a well sought-after raw material for various products also have downsides, mainly its impact on the environment: its lightweight property means it can go as far as possible from the source, cost-effectiveness means it can be disposed of easily and longevity makes sure it will last for long. The amount of plastic material entering the eco-system has been rising as new applications of plastic materials have been created and products made accessible to more individuals. It is believed that 10% of all plastic waste ends up in the ocean and eventually becomes marine litter.

Plastic comprises polymers, which are mostly large organic molecules made up of recurrent carbon-based chains or units. Polymers are created when molecules known as monomers combine to make long chains is a process referred to as polymerisation. Therefore, monomers can be said to be the building blocks of polymers. If the polymer consists of recurring identical monomers, it is called a homopolymer, and when it has varying kinds of monomers, it is known as a copolymer. The monomers determine the basic structure, properties and size of polymers.

The commonly used monomers in the production of plastic include styrene, vinyl chloride, propylene, and ethylene. These monomers are usually acquired from petroleum and other fossil fuels, and at present, about 4-6 % of the global oil production is used to make plastics. Besides fossil fuels, biomass like plant oils can be utilised to make bio-plastics; their portion is still relatively small but relatively growing. Nonetheless, the biomass or oil only offers the standard constituents for a polymer and therefore the final product’s properties aren’t influenced by the type of raw materials used.

Various chemicals are utilised as catalysts, initiators, and solvents in the manufacturing process of plastics. Catalysts and initiators assist in polymerisation and are only used in small quantities. The catalysts are often based on metals like magnesium, tin, zinc, aluminium or titanium, and include peroxides.

Later on, additives are combined with the polymer to help their manufacturing process or to alter the end product’s properties. The production of plastics is contingent on additives because they are vital ingredients when it comes to vastly improving or generating a lot of essential properties relating to plastics. Their significance is also evident in the range of additives available – this can be seen from the thousands of additives used in the plastic manufacturing process.